BOSTON, MA – Boston Bruins President Cam Neely announced today, Tuesday, July 8, that the Bruins have signed a letter of intent for a long term-lease with Boston Landing, a mixed-used development in the Allston-Brighton neighborhood of Boston, to build a new professional standard hockey rink that will serve as the team’s practice facility.

“I am thrilled that we have found the Bruins a new practice home within the Boston city limits,” said Bruins Principal Charlie Jacobs. “Our goal is to set the industry standard in everything that we do, and we are confident that our new practice facility will do just that. As we enter the design phase of the project, we look forward to sharing details as they become available.”

In addition to ice time, the agreement includes approximately 25,000 square feet of dedicated locker room, training and office / lab space. Construction is estimated to begin in Spring 2015 with completion for Fall 2016. Elkus Manfredi Architects will do the design and John Moriarty & Associates will handle the construction.

“Since joining the Bruins in a front office capacity, a goal of mine has been to move the Bruins into a first-class practice facility and this agreement moves us closer to accomplishing that goal,” said Neely. “The vision that New Balance has for the Boston Landing project is exactly what we were looking for, and we are confident that through this partnership, we will build a facility that our entire organization will be proud of.”

Boston Landing is a 14-acre mixed-used development in the Allston-Brighton neighborhood of Boston that includes the new world headquarters of New Balance, which will be completed in Fall 2015. A commuter rail station will also be built on the Framingham-Worcester line with completion for Fall 2016. In addition, the development includes additional office buildings, retail and restaurant space, a hotel and a sports complex.

“We are thrilled to welcome the Boston Bruins, a truly world-class organization, to Boston Landing,” Jim Halliday, Managing Director for NB Development Group LLC. “This agreement reflects our vision of Boston Landing that transcends typical brick and mortar real estate development by truly enhancing and activating the area’s experience for tenants and residents, and also creating a destination use for visitors.”

Participating brokers included Steve Purpura and Chris McCauley from Transwestern/RBJ and Sean Gildea and David Smookler from The Dartmouth Company.

The Bruins previous practice facility, Ristuccia Memorial Arena in Wilmington, MA had served as the Bruins practice home since the 1987-88 season. 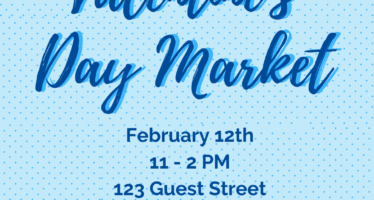 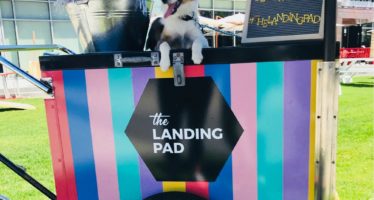 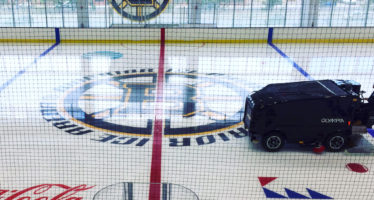 Bringing the Bruins Back to Boston